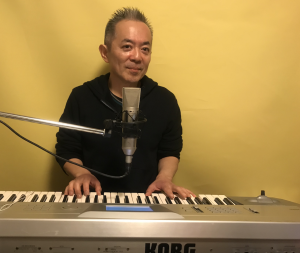 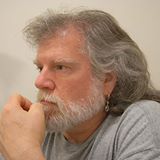 ☆ヒーリング、スピリチュアルのスポットと言われているアメリカ・アリゾナ州・セドナで
ソウルペインティングリーディングをしているクレイグ・ジュンジュラスさんからのKABUTOへのメッセージ
「KABUTOがミュージシャンであることを知って、彼がリスナーに向けて彼自身の音楽で、多くの人たちに喜んでもらえているのが見えて嬉しかった。」
（下記原文より意訳）
Soul Painting Reading for: Mr Yoshiharu Kabuto
12 November, 2006 by Craig JunjulasThis part of the reading was tape recorded just from the soul portrait and without looking at the person’s photograph.Yoshiharu would be called an old soul. This soul is most comfortable in the distance, away from the confusion. I could see him sitting high on the mountain looking out at the oceans from a distance, looking down at the valleys where all of the people were, where the industry is, where the people are raising vegetables and rice, and where the animals are being raised, and not wanting to go down through that… but wanting to just fly to the ocean instead. To immerse this soul in a crowd of people makes it feel not at home. Alone, by the water, even alone on an airplane, looking out of a window, would bring this feeling (mountain view) back to the soul. This person wants to be alone and meditative. The general tendency might be for people to sit in the middle aisle (on an airplane) and read the newspaper, or read a book to escape. But this soul, this mind, this personality, would be much better served if he was to sit by the window and look down at the clouds, and down at the valleys in order to see life from that high perspective.It is the type of soul that, over many incarnations, has had authority and has had people come to him for answers, for wisdom, for teachings. There have also been some warrior lifetimes where this soul has served the village, served the country. He is willing to serve. A big part of this soul’s expression is the desire to serve the greater good but, if possible, not to be mixed in with a lot of people in order to do it. I see him as a General on the hill helping the battle to go well. I see him speaking to spirit, going off on a vision quest and seeking visions in isolation. This soul works well in solitude.
The energy, both the healing energy and the light of the heart, that this soul can distribute is not so much one-on-one, but to gaze upon a problem, or a group and breathe deeply and imagine currents of light filling the room, waves of light filling the room, waves of light filling the valley, waves of light flowing across the battlefield – that is the power of this person. He works very much with the heart of the soul more than the expression of the soul. By this I mean… rather than becoming well known as a speaker, this person would radiate energy without people even knowing the source of the blessings of their lives. The events over many lifetimes has caused this soul to retreat somewhat, to stay in the background. And like an owl, the wisdom of the owl working late at night, if this person was independently wealthy he would probably be up late at night, when no one else is, just looking out to the sky… looking out to the world… and in peace.This was added after looking at the photo.

When I looked into Mr Kabuto’s eyes I saw a teacher looking back at me, as if he was one of my teachers of old – from a past life. He calmed me with his glance. I immediately knew that he was a wise and caring person who enjoyed reaching into people’s hearts and minds and soothing and healing them. Hearing that he was a musician pleased me because he would be standing apart from the crowd and lifting their spirits with his music, from a distance.